September of 2019 was the first time I went to CocoCay (and my first cruise on Royal Caribbean) and quickly fell in love with it.  Despite my dislike of sand and beaches in general there was just something about this island that drew me in and made me want to spend time there.  To the point where this is actually the only port I got off on this cruise.

Originally this was supposed to be the first stop that we had but in order to accommodate the ships that were starting up from the US it was switched to the 3rd and 4th days instead.  That suits me better actually, I like having the first full day being just relaxing on the ship and getting into the vacation mindset, having Freeport on day 2 accomplishes that pretty well.

Right after I booked this (ok, Rose booked this for me) I pulled it up in the planner knowing that I wanted to check out the Beach Club since it hadn't been finished the last time I was here.  Did a bit of a double take at that point...the price for it was $170 per day! The canceled cruises from 2020 had the same day pass for under $50 most of the time, no way I could justify that.  Luckily, for some reason day 3 had vastly cheaper excursions, and I managed to get a day pass for $71 and the Helium Balloon for $44.  Ok, I can live with that.  Within a day or so though they brought those prices up so they matched....whew, glad I just jumped on doing it.

Over the course of a few sales the prices jumped around some (generally between ~$100 and $180), but never down to that level again, until about a week before sailing.   Then they cratered, and not just the day passes, all the cabana's in the beach club, waterpark, and even the oasis lagoon.  You could get a Thrill Waterpark Cabana with passes for up to 6 people for $499, a Beach Club Beach Cabana for $699 with 8 passes included.  If it wasn't just me, I'd probably have jumped on one of those, alas, no way to justify it going solo.  Instead, I did decide to get the Beach Club for a second day.

The first CocoCay day is here! I'll say that I absolutely loved both days, but both days I had horrible luck on my way onto the island.  Both mornings on my walk to the Beach Club I got absolutely drenched with rain, not much of an issue for myself, but I was a little worried about what stuff I had in my bag.  Well, not really, pretty much everything was water resistant, but it was mildly irritating. It quickly cleared up for the most part, and it gave us a variety of everything from rain downpours to dark and ominous skies, to bright contrasty sun.  Just a fun range depending on what part of the day it was.

On CocoCay there's actually a tram that you can take around the island, but it seemed like a waste when there's so much of the island to explore, and only about a 5-10 min walk from one side of the island to the other.  Sadly I didn't take too many pictures (good excuse to go back in a little over a month I guess!) but the Beach Club itself is really quite nice.

Now, the Beach Club is awesome.  It's absolutely beautiful, huge, infinity pool, loungers and beds everywhere, impeccable service, and a lunch on par with the specialty restaurants on the ship.  I will absolutely do it again....when there's more people on the island.  One of the biggest selling points for me is that it's a less crowded area that you can just relax and enjoy.  When there's only 1200 people on an island designed to hold 12000 there's just no point unless you're dead set on the lunch or getting one of the poolside beach beds.

The Oasis Lagoon here is nearly empty, it felt more empty than the Beach Club actually, likely because everyone wanted to try it so it had a higher people density.

I'm glad I did it, but in September I'm just going to do the free part of the island and maybe get a day pass to the waterpark.  We'll see, there's honestly no bad way to spend a day here!

Sadly due to the weather the Helium Balloon was canceled both days, I'm absolutely going to rebook it again in September, I still want my pictures from up high!  You can see it tied down in the photo above though...just waiting for me to come back again.

Not everyone likes private islands, they feel they're just a money grab by the cruise lines and want some of the more "exotic" ports.  I'm the opposite, I love the private islands.  The drink package works, it's a time of pure fun and relaxation, they're designed beautifully and they really take care of everything from the equipment to the landscaping.  A lot of times excursions in other ports can be hit or miss in their quality, or they'll included shopping destinations with long stops.  Some third party ones are better, but "meh".  For me a cruise is about relaxing and not having any cares or worries for a week, the one time that I can truly disconnect from the world and part of my brain shuts off.  If I want to explore other areas I'll actually just go there, here it's about fun and relaxation, not cultural enrichment.

Well, that's for Caribbean cruises at least, once I get to the Mediterranean/Australia/New Zealand/Antartica/Alaska/Iceland/etc, the ports will matter a lot more to me than they do here.  For now though, until things are a bit more under control, I'll happily do a cruise where the only port I get off the ship is CocoCay and love every moment of it.

I should probably finish this before I head back in less than two weeks.... Ok, so it's taken awhile to get to the end of the trip but it's been a busy month since I moved :) This part won't be very long though, after CocoCay I didn't get off the 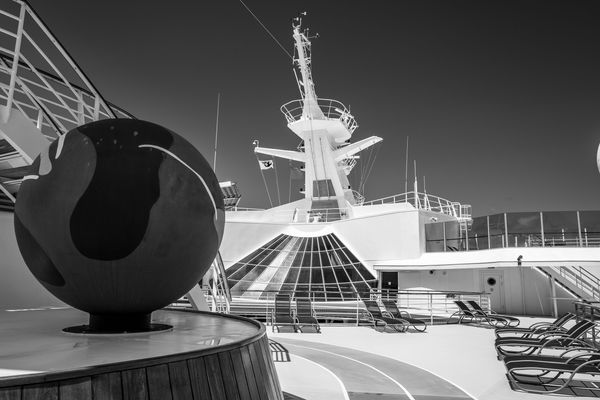 Ahhh, first morning of the cruise, one of my favorite moments.  You've just woken up, the ship is still quiet (although it was pretty quiet all the time on this one due to capacity), and you can wander around in peace, enjoy it like it's your own private yacht.  Same 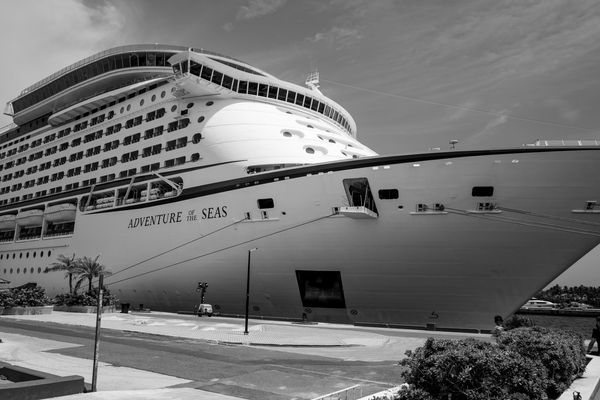 Morning started a little rough, there may have been a few gin and tonics the evening before, so even though I called it a fairly early evening when I woke up I was a little under the weather.  A nice shower and a bottle of water with some propel powder